No Result
View All Result

Impact of Covid-19 pandemic on inflation rates in Africa

By Abraham Owodunni and Onyedikachi Akoma

The advent of Covid-19 in Wuhan, China, and its consequent rise in status as a global pandemic has brought a dramatic and drastic impact on the global economy. In Africa, however, the prediction of drastic mortality by experts and stakeholders has been grossly inaccurate. Nonetheless, Africa’s economy has suffered a huge dent due to the pandemic.

There has been a dramatic increment in the inflation rates across African states resulting in a higher poverty index across the world. In Sub-Saharan Africa, inflation rose from 8.45% in 2019 to 10.62% due to the pandemic. A report from Trading Economics showed that in specific countries like Sudan, the month-on-month inflation rate reached a hyperinflation level of 331%, and that of Zimbabwe reaching 322%.

Notwithstanding, with the current ease in the lockdown policies, several African states such as Nigeria, South Africa, Rwanda, Egypt, and many others have seen an economic rebound with a month-on-month deflation rate of 4.69%. This is quite impressive considering the level of impact the pandemic had on the African economy.

According to Statista, so far, the overall month-on-month inflation rate in Sub-Saharan Africa dropped to 7.91% from 10.62%. This means that the economy is seeing a deflation and is recovering steadily from the negative effect of the pandemic. This could be credited to the rapid global vaccination being carried out to combat the pandemic resulting in more countries opening up their borders for investment, production, and distribution. 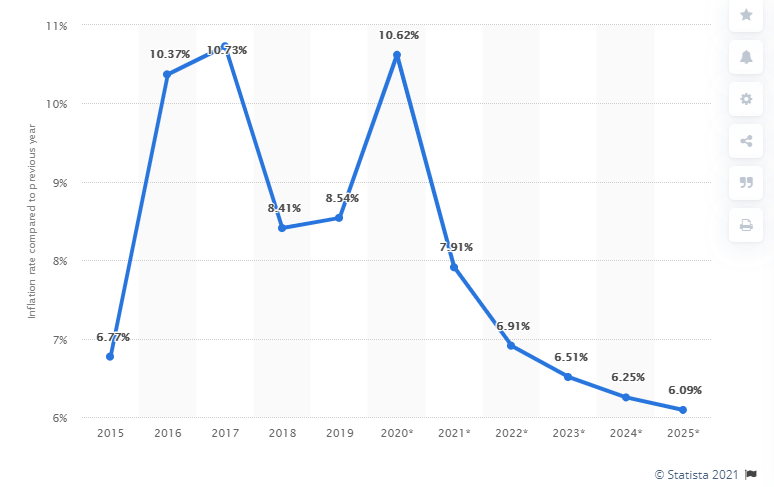 Moving forward, there are projections that the continental month-on-month inflation rate would drop to 6.09% in 2025. Although the number of COVID-19 cases and fatalities may be comparatively low in Africa than in other world regions, the impact of the pandemic is still largely felt in Africa as more African nations got a higher score in the global poverty index. 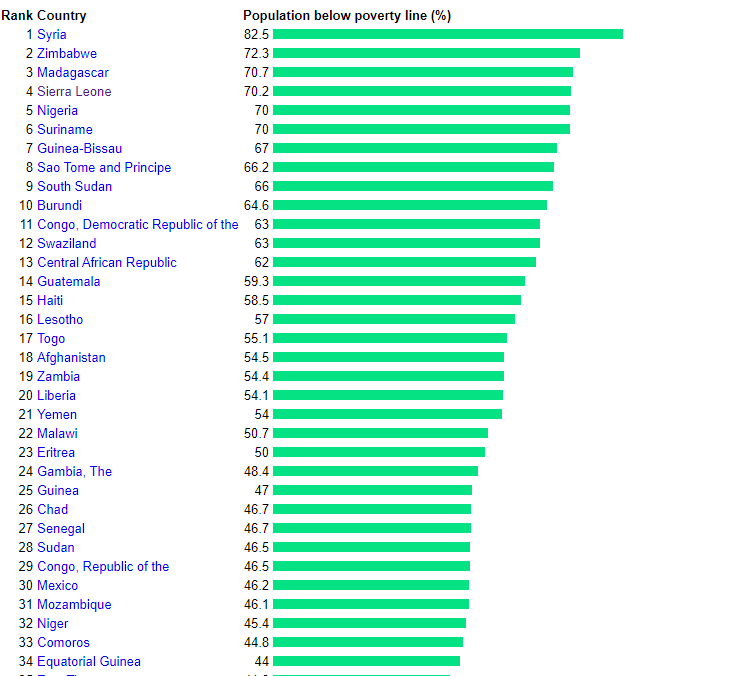 The pandemic has brought the world to a new order necessitating certain global adjustments that may become permanent. Limited physical gathering within a particular location and wearing of masks in public have become a global culture. Producers of hand sanitizers and soaps have gained profit due to much demand arising from the requirement to frequently wash hands to prevent transmission of the virus.

There are some positives to the pandemic as it has largely influenced the rapid implementation of full digitalization of the global economy. Fin-tech companies have adequately maximized the situation by providing better payment platforms to facilitate non-cash transactions that are safe and secure thereby enabling the growth of small businesses.

Non-fiat currencies such as cryptos have significantly become more popular during the pandemic with greater global acceptability with Bitcoin at a staggering value of about $55,000. The advent of more cryptocurrencies with interesting rise in value such as dodge, XRP, Tronx can be credited to the Covid19 pandemic. Many investors lost money in the physical investments during the lockdown across Africa. The naira fell heavily to the dollar which resulted in a devaluation of the naira by the CBN, valued currently at about N408 to $1. Since the economies of most African states tanked during the lockdown, their respective fiat currencies took a huge hit. It has become more apparent that crypto currency investment became a surer and more attractive venture especially due to non-government interference especially in exaggerated taxation policies.

It is projected by several economic experts that cryptocurrency will increasingly gain more acceptance and may well be the enabler of a perfect digitized economy.

Crypto can be the answer to the economic growth of the developing country because of its decentralized system. Poverty, furthermore, is largely motivated by economic conditions, including inadequate access to financial resources and high rates of inflation. Because of this, we can see that cryptocurrency is not much affected by these variables, (Holtmeier & Sandner, 2019). This implies that citizens across all classes and demography can invest and get returns. The anonymity that cryptocurrency assures provides for a perfect capitalist system that can favour even the poor.

It is therefore largely opined that cryptocurrency may well be an effective tool in reducing or possibly eliminating the rising inflation rates across economies in Africa. The general mistrust by African governments on the credibility of cryptocurrency is waning as more African nations have encouraged crypto trading through its policies. The CBN who had initially banned crypto trading across commercial banks have since taken a more friendly approach to crypto. It is expected

The solution to Africa’s rising inflation rate remains improving the manufacturing and production industry and decreasing the demand for imported goods and services. An upgrade of local products and services will keep more money in circulation resulting in greater cash flow within the economy. African states must ensure to attract and encourage more industries, tech companies and investment partners to build and develop within their nation’s borders.

Inflation rates directly reflect the poverty index of a nation.

Groundbreaking Malaria Vaccine is ready for use

Zamfara shuts down schools completely after mass abduction of students

State of COVID-19 in Uganda

No Result
View All Result